Recipe for my monthly desktop picture collage:
- choose a word or phrase
- search on that word in Flickr
- select a few of the resulting images
- mix & mash in Photoshop

This month's word is "fog."

While working on the first collage, I had an idea for a variation on it and decided to make this a diptych, or set of two images. Since I use two monitors both at home and at work, now I have a separate background image for each screen. 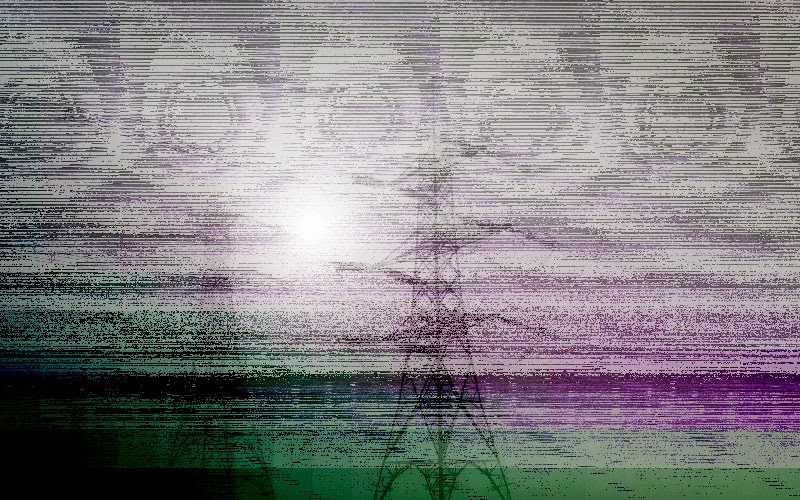 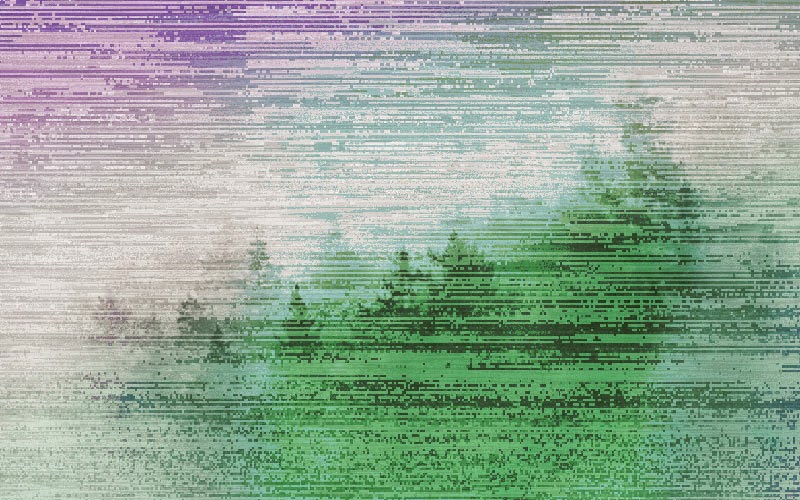 The photos I used for these collages were taken by Patrick Strandberg, Ingrid Taylar, and Phil McIver.

What really excites me about these pieces is that I was able to use a databending technique that I've never managed to get to work before. I saved one photo in RAW format, opened it in Audacity, ran an echo filter over the middle of the image data, then exported the file back out. Here's the result:

I love the shapes that resulted, the circles and crossed diagonal lines. You can clearly see where I used this image in both collages.

One odd thing about this month's theme: As I worked with the picture of fog that had been glitched in audio software, a phrase kept popping into my head, "the noise of the fog." Those words carried a sense of apprehension, and I wondered why. Then I remembered that I once wrote something with that title. I think it's probably a poem. I vaguely remember seeing the title on my computer and having the sense that it was a Pandora's Box of sorts and I shouldn't leave it sitting around for anyone to open.

After I remembered all this, I looked for the file. I haven't found it yet, which means it's in some really old archives, if it hasn't been deleted. If I find it, I will post about it, with the caveat that my life isn't that interesting, so the mystery probably isn't going to live up to the hype.