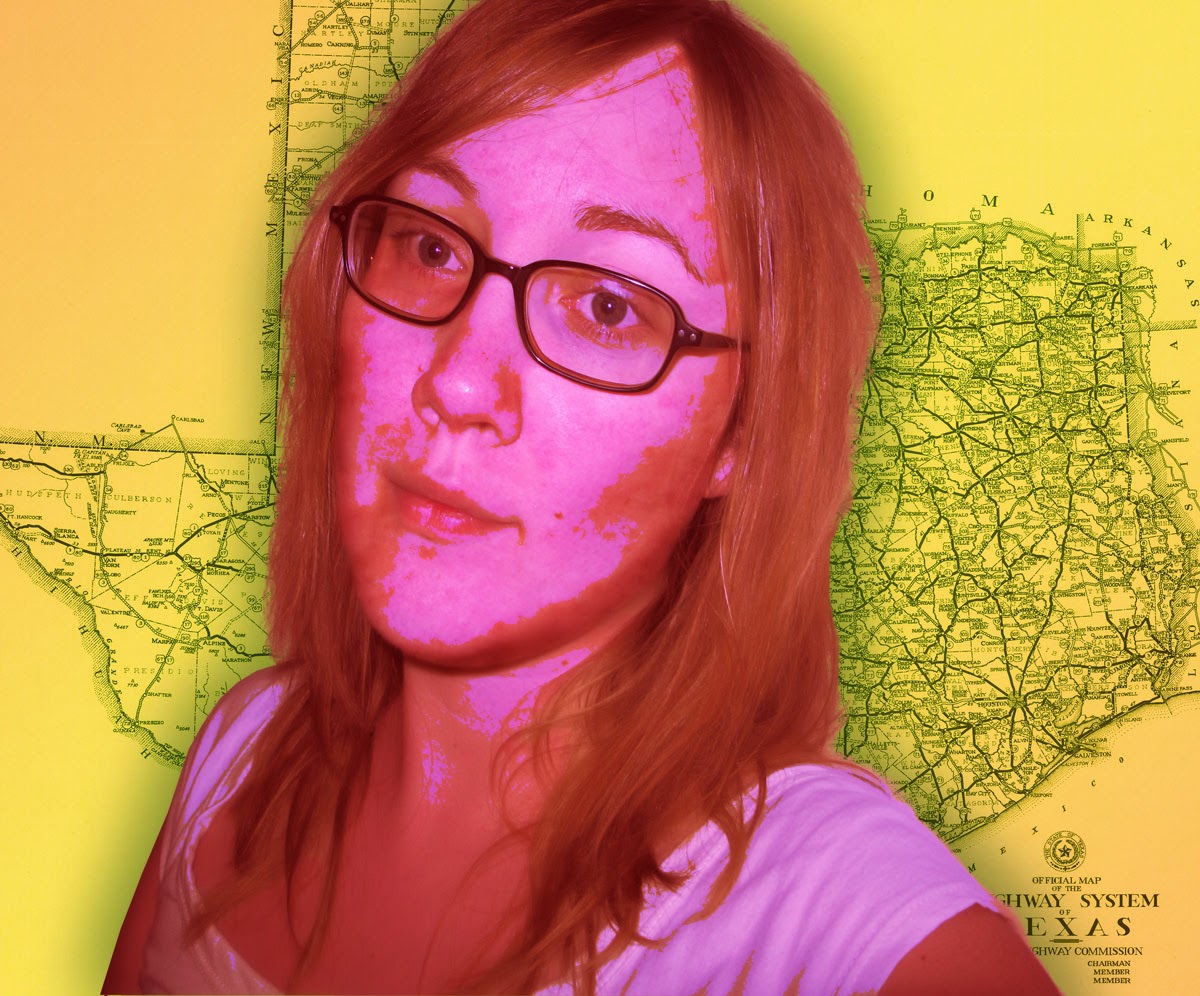 During the rest of the party, Mary spent time on her aunt's computer. It was set up on a little cream-colored desk at one end of the living room. Mary searched for jobs, anything to allow them to leave Texas, and Skyped with her mother back home who was taking care of Tom and Mary's children. Tom sat on the cooler looking beaten down by life, drinking from a red Solo cup and not saying much.
Posted by Susanna at 10/17/2014