My friend Rian recently posted a picture of a treehouse on Facebook. He wrote, "I would LOVE to live in a house that was built/grown like this. I wouldn't ever have to sweep the floors if I didn't feel like it. I'd just be like, "That's not dirt; it's called 'charm.'"

That inspired this drawing:

But, there's no dirt in that picture, you argue.

Yes, you're right. You get to add the dirt yourself! I used some grunge brushes in Photoshop, but you could print it out and step on it, let the dog play with it, give it to your toddler, etc. 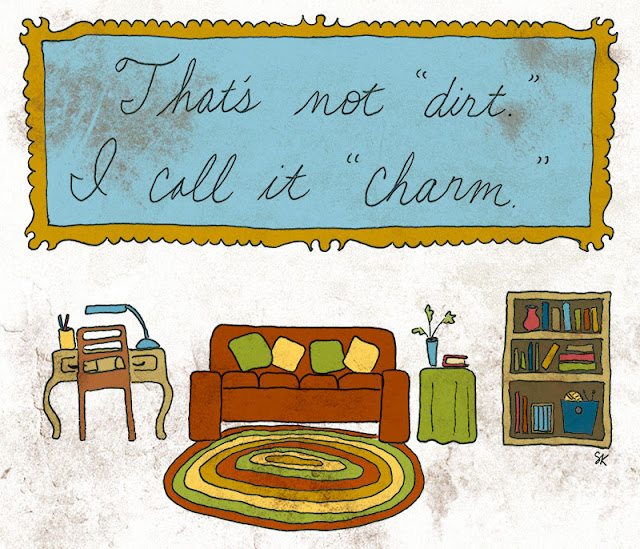 Now it's a beautiful sign to let folks know that you're not a poor housekeeper, you're just exceptionally charming!

(A note about the drawing: After having tried to color it in myself, I have learned that I need to do a better job of closing shapes so that the magic wand tool can be used. I promise, I'll try to make my lines meet on the next GCP.)
Posted by Susanna at 7/19/2012